Grab your NFL Playoff tickets today and save.
We’ll provide a convenient NFL playoff schedule with detailed information on upcoming game dates, times, and locations for all AFC and NFC matchups. Don’t miss National Football League Playoff games in 2023/2024. Get 100% guaranteed Playoff tickets for all upcoming NFL games at the lowest possible price. 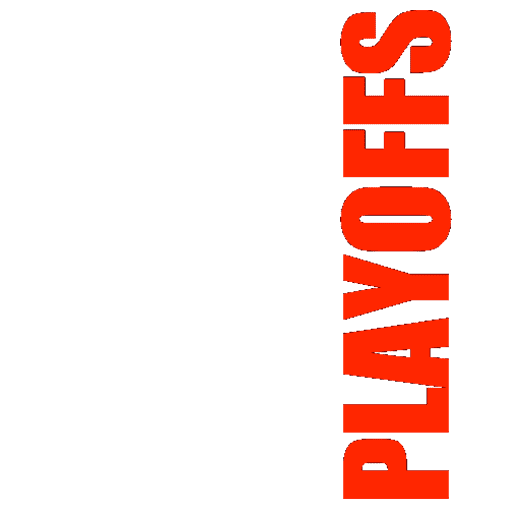 The NFL has a rich history in the American sports landscape, and recently celebrated its 100th year of competition. The NFL began as the American Professional Football Association (APFA) but shortly thereafter was renamed the National Football League. Approximately 40 years later, a second league, the American Football League (AFL), was also formed. Beginning in 1967, as part of a deal to combine the two leagues, a championship game was created that we now know as the Super Bowl. The fifty-fourth Super Bowl (usually advertised with Roman Numerals, as in Super Bowl LIV) was held on February 2nd, 2020 as the culminating game of the 2019 season. The game was attended by over 62,000 people and was watched worldwide by over 102 million viewers. Advertisers paid approximately $5.6 million for each 30-second block of commercial time during the game.

Playoff ticket prices can vary substantially by market, or city, and some teams are known for having higher ticket prices during the playoffs, as well as during the regular season. NFL Teams in big cities such as New York, Chicago, San Francisco, Boston (New England), and those with national followings, such as the Dallas Cowboys, can demand higher ticket prices no matter who the opposing team may be. When regional rivals face off in a playoff game (such as the Minnesota Vikings and the Green Bay Packers), these games, despite the smaller market locations, can also garner higher prices, especially in the secondary market. As in all major sports, there are simply matchups that will be more popular once the NFL playoffs start and ticket prices will rise accordingly.

Outside of traditional rivalries, this matchup factor can also come into play, based on the current makeup of a team, or the climate of the season as a whole. If there’s a chance the two best quarterbacks could go head-to-head, even in the opening round of the playoffs, the seats to what people hope will be a shootout will certainly become more desirable. This also goes for the entire team, such as when two top-rated defenses have a chance to face off and get to prove who truly is the best.

The National Football League preseason is the period each year during which NFL teams play several not-for-the-record exhibition games before the actual “regular” season starts. Beginning with the featured Pro Football Hall of Fame game in early August, three weekends of exhibition games are played in the NFL to date. The start of the preseason is intrinsically tied to the last week of training camp. Wikipedia.

How To Find The Cheapest NFL Playoff Tickets

The current average price of an NFL playoff ticket is $270. There are many factors that affect the face value of tickets, and prices can also vary on secondary purchasing sites, depending on the demand for a certain game. Prices can also change as the game approaches based on non-game reasons, such as weather. A game where fans are going to have to sit through three to four hours of rain will be less desirable and can cost less, as the game approaches. This is a good way for diehard fans to see a playoff game at a possibly more reasonable price, as long as they’re willing to brave the elements. Of course, that wouldn’t affect ticket prices for the handful of teams that play in an indoor stadium, such as the Superdome in New Orleans, the home of the Saints.

What Is The Range For An Nfl Playoff Ticket?

As mentioned previously, overall, the average starting ticket price for an NFL playoff game is $270. There are a lot of factors that affect each game, and the price of each seat for any particular game can vary greatly. The range follows somewhat of a bell curve, with there not being too many of either the cheapest or most expensive seats available. For example, for Wild Card and Divisional round matchups, there are tickets available for most matchups priced between $120 and $180. However, you are much more likely to pay prices in the middle of the range, between $200 and $600. If you are looking for that once in a lifetime experience and money is no object, high-end seats go from $1600 to several thousand dollars.

How Do You Buy NFL Playoff Tickets?

A word of warning: buying tickets directly from an individual you do not know, which has not been verified by the NFL or a legitimate secondary outlet, can result in receiving fraudulent or illegally obtained tickets.

Playoff tickets are not available until the end of the regular season, as matchups are decided. You may be able to buy a voucher from an individual who knows they will have access to playoff tickets should a certain team make the playoffs (like a season ticket holder). However, this may not guarantee you will eventually get to buy tickets, as you are basically just paying for a place in line.

Again, be wary of buying tickets of any sort directly from an unknown individual as opposed to a primary or secondary ticket outlet.

When Can You Buy NFL Playoff Tickets?

Playoff tickets to any sport are highly coveted and due to the NFL’s single-elimination system, there can be a real scramble for seats to each game. NFL teams often expand the number of tickets issued for playoff games, but even with venues like AT&T Stadium in Dallas and MetLife Stadium in New Jersey (home of the New York Jets and Giants) holding between 80,000 and 100,000, demand can be high. Many fans do take a “Once in a lifetime” mindset, believing that getting to see their favorite team in a playoff game, especially in a later round game or the Super Bowl, puts the price tag in perspective. That being said, there is some logic to how playoff tickets are initially distributed.

Season ticket holders, who have sometimes owned the rights to their seats for decades, are offered tickets to each playoff game regardless of whether they are the home or away team. Of course, if a team from New York is playing a team from California, the away team’s fans may not be willing to travel such a great distance just for one game, which adds to the number of tickets on the secondary market. In corollary, when teams from New York and Philadelphia face off a mere 90-minute drive up or down Interstate 95, the availability of tickets to non-season ticket holders may be scarce. Additionally, regional rivalries, as previously mentioned, affect price and availability, too.

Tickets For The Family Members Of Players, Coaches, Employees

Tickets are also held by each team for the family members of players, coaches, and other team employees. This might not seem like much compared to a stadium that holds tens of thousands of people, but NFL teams have a 53-man roster, along with dozens of coaches and support staff members. Depending on the exact number a team decides to hold back for this purpose, this could mean a thousand or even thousands of tickets not available to the public. Companies that sponsor the team, especially major organizations like those with their names on the stadiums (AT&T, MetLife, etc.) are also offered seats to playoff games, especially for the home team they support.

In general, professional sports teams in every league want to sell tickets to games as early as possible. This goes for regular season and post-season play. Season ticket holders are often contacted before the end of the current regular season regarding renewing or upgrading their ticket package for the upcoming season. Similarly, as soon as a team knows they are in the playoffs, they begin preparation for selling post-season seats. This is a little tougher for NFL teams versus the rest of major league sports, as there will only be one game in each round, thus teams may not know if they are going to host a home playoff game until the very last regular-season contest.

What Happens If I Buy NFL Playoff Tickets And They Don’t Make It?

If you are a season ticket holder and you buy a set of tickets to all home playoff games and the team does not advance, you will be refunded for any games not played. For example, the top seed will always have what’s referred to in NFL playoff shorthand as, “home field advantage throughout.” What this means, is the number one seed will host all playoff games played, except, of course, the Super Bowl. In this scenario, if you buy tickets in advance to multiple rounds of the playoffs and the team gets upset and loses, the team or the NFL will refund you for the game or games not played.
This is much more prevalent in the NBA and NHL, which have playoff series as opposed to single-game eliminations.

Rest easy knowing your seats are secure and validated by the official marketplace of the NFL.
The NFL schedule is here and tickets to your favorite teams are now available. You can find seats for NFL Regular Season games, NFL Playoffs, and the Super Bowl on the NFL Ticket Exchange here throughout the year. Purchase Super Bowl tickets here, on the marketplace that guarantees the seat you buy is the seat you get — always, and guaranteed refunds if The Big Game gets canceled.

Get 100% Guaranteed Super Bowl tickets at the Lowest Possible Price.